The shift away from Oral Tradition to Technology of Writing

The Pepper Institute on Aging and Public Policy.  “Facts on Aging.”  Retrieved from http://pepperinstitute.org/research/facts/FoA_v1-2_Demographic.pdf
﻿﻿
US Government Administration on Aging, Department of Health and Human Services. Retrieved from www.aoa.gov
﻿﻿
Posted by Unknown at 1:17 PM

Years of synthesis and processing 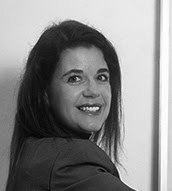